Above all, Challenge Access is a team of friends and highly skilled individuals who appreciate each other's talents, complement each other, and really enjoy working together. Because of our strong bonds, we bring joy and pride to everything that we create and always strive to astonish our clients. 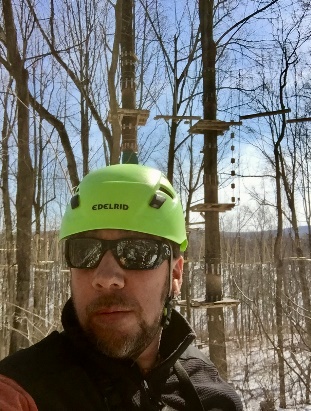 Born in the Southern Alps of France, Jean-Mi’s childhood was filled with mountain sports including downhill and backcountry skiing, rock climbing, hiking, spelunking, ice climbing and fly fishing. In his twenties, Jean-Mi followed his passion and became first a nationally ranked caving instructor and then a rescue worker with the French Spelunking Federation. In this time, he perfected his ropes skills, studied human psychology in order to be able to best help beginning climbers to overcome their own fears and stresses, learned advanced first aid and rescue skills and was then chosen to be part of the French Spelunking Rescue Team. For twelve years, Jean-mi served with this nationally recognized group of trained spelunkers who intervene in emergency climbing and caving situations in France and throughout Europe. In 1995, a group of Jean-Mi’s childhood friends had the idea of creating a suspended ropes park in the forest of the Queyras National Park. They asked Jean-Mi to join them and the aerial adventure park was born!

When Jean-Mi first arrived in the United States in 2007, adventure parks were still in their incubation stage. Since then, Jean-Mi has enjoyed not only helped to introduce and develop the aerial adventure park industry in the United States but has also recently loved adding treehouse and netted structures to his projects. He is very excited for the opportunity to keep bringing new concepts to future projects.

Born and raised in Australia, Mike came to Canada in 2006, to immerse himself in the Zipline and challenge course industry. He began with the construction of aerial parks followed by the management and operation of four very successful canopy tour parks. Mike started his own company, Aerial Parks, in 2010. He is heavily involved within our industry focusing on third party inspections, all operational / rescue training and high rope safety aspects for both operational and construction / rigging purposes ensuring that all are well versed working at height. His safety and construction / rigging skills have been utilized at many globally recognized sites such as Slotzilla Fremont Street Las Vegas, Fly LINQ Las Vegas, Niagara Falls, Nepal (World’s Steepest Zipline), Toronto Zoo, Mount Rushmore, Tanzania, Iraq plus plenty of Vail Mountain Resort locations. He occasionally assists Doppelmayer and Leitner-Poma with chair lift installations. Mike’s commitment to safety and the overall success for every business he assists is evident in his strong work ethic and his passion for the industry. 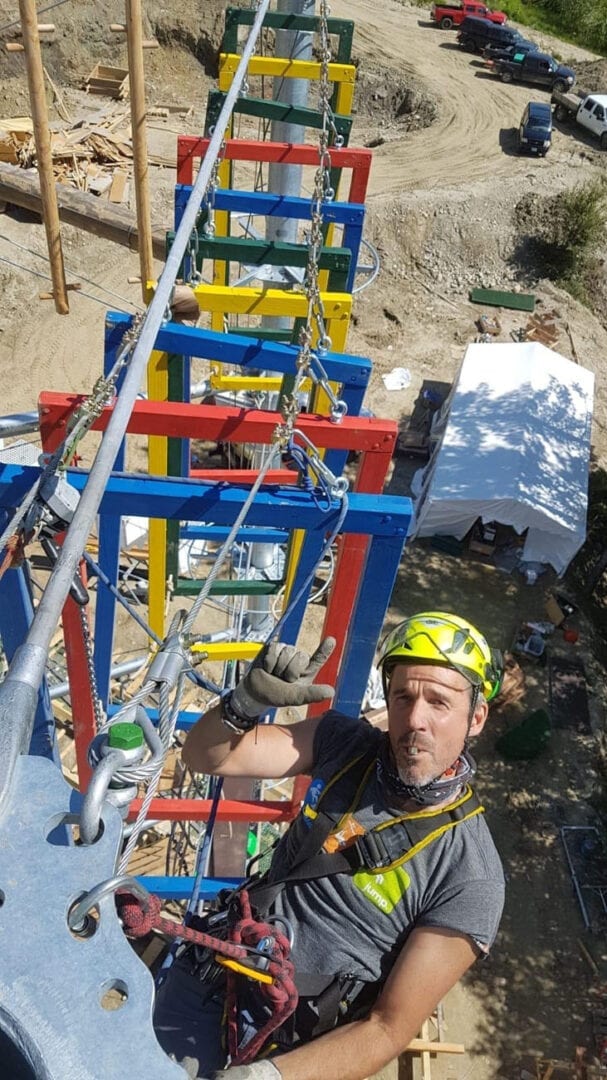 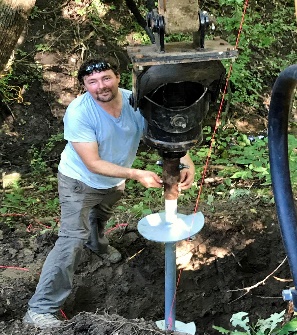 Darryl, our chief engineer based out of Canada, brings an extensive wealth of experience and expertise to our team. His primary role is designing and engineering custom ziplines, challenge towers and aerial parks that are code compliant. He sits on both Canadian and American Safety Standard Boards and has been a Lead Project Engineer and Consultant in the Risk Management Industry focusing on Amusement Devices, Ziplines, Challenge Courses and Ski Lifts since 2001. Darryl’s designs are found globally at Royal Caribbean Cruise Line private destinations, Norway, Fly LINQ Las Vegas, Spain, Germany, Saudi Arabia, Toronto Zoo, San Diego Zoo Safari Park, New Zealand, Vietnam, Iraq and Mauritius to name a few, plus some impressive American National Parks such as the Grand Canyon, Mount Rushmore & Yellowstone. Prior to opening his own company, Caliber Engineering, he worked for Ancam Solutions as a Construction Project Manager for waterpark expansions, chemical plants and pipelines.

Born and raised in Canada, Camille’s passion for adventure, travel and the great outdoors, naturally led her to discovering the adventure park world in 2012. She brings an extensive wealth of experience and expertise to our team. While her role involves wearing many hats, her primary her focus is overseeing construction site needs while ensuring customer satisfaction. The day to day needs of our clients are always in her extremely capable hands. Originally from the Canadian Atlantic Maritimes, Camille made Whistler home base 19 years ago. Whenever given the opportunity, you will find her exploring the local mountains by ski, bike or foot, or out globe-trotting with her life partner, Mike. 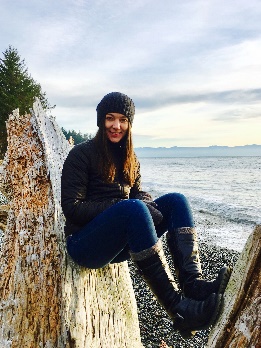 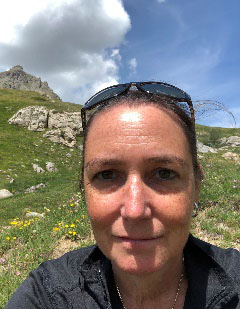 Born in New York State and raised in New England and Europe, Paummi developed a love of discovery and adventure at a young age. She met her husband, Jean-Mi, in France and shared his passion for the mountains, skiing, hiking, snowshoeing, climbing, and camping. When they moved back to the states in 2007, she supported Jean-Mi as he began to bring the concept of aerial adventure parks to the United States. Her primary role is working behind the scenes keeping track of the home office and the team before, during, and after each build to help to guarantee customer satisfaction and a smooth experience for all involved.

Challenge Access knows that in order to deliver superior products to its clients, its most important investment is in its team members. Challenge Access team members are all master craftsmen who are also highly skilled in ropes access work and have between 7 and 15 years of experience each in the industry. When on a build, team members live and work as a close-knit community, supporting and encouraging each other, and contributing personal touches and ideas to the development of the design. The Challenge Access team members take enormous pride in the quality of the work they bring to each project and their expert skills are obvious in the finishing details of the final products they help to create. 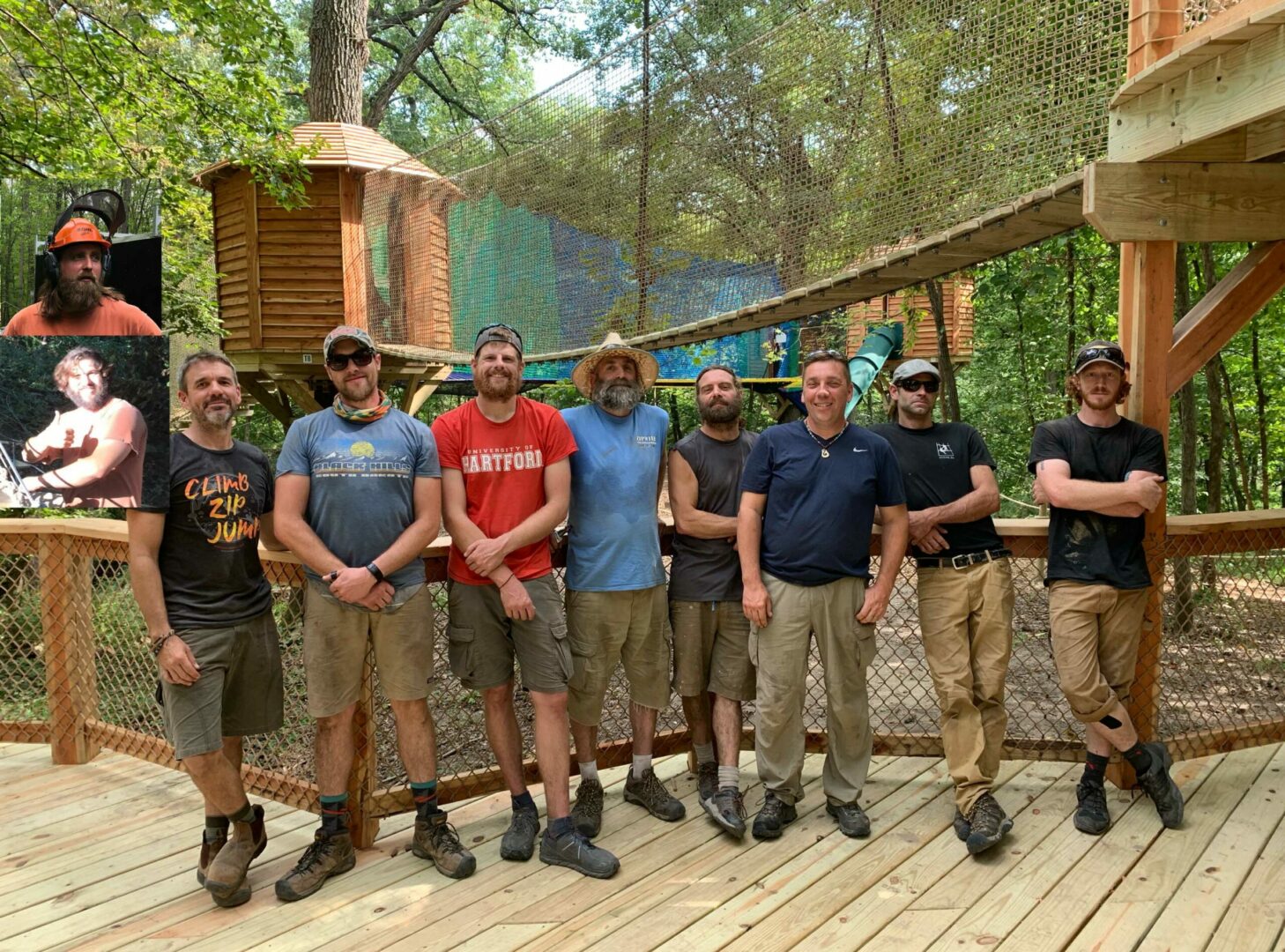